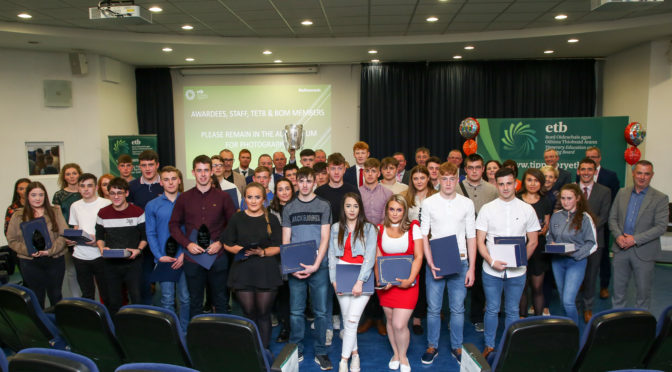 Tipperary Education and Training Board (TETB) hosted their annual Student Awards Ceremony in LIT, Thurles Campus on Friday, 13th September 2019. This ceremony acknowledges outstanding achievements by students who attended the post primary schools under the remit of TETB in the academic year 2018/2019 and is a significant event in the annual calendar of TETB.

This evening celebrated the collaborative efforts of students, teachers and schools to achieve continuous improvement and excellence in academic studies and personal development. Parents and Guardians were thanked for the significant role they play in the outstanding achievements of these students.